I have been aware that time and personal development have moved how I see the framework of my project.  I am still interested in how what you listen to isn’t necessarily what you hear and the influence of self-bias on this phenomenon.

However – a break away has given me space to develop my ideas.  There are elements which I will bring forward from my previous iterations: namely layering, movement, the physicality of the work, and the idea that the work will gain authorship from its audience.  For me these elements reflect the act of conversation.

Exactly how I will use the audience to influence its development I am not sure.  It could be as part of the development of the visual delivery or surface or it could be in the encounter.

Taking the photos above were insigative in thinking about the space created between parties during a conversational encounter and have given me an idea to define the space ‘Between You and Me” as a place in which there are possibilitties for change – rather than seeing the space a negative influence on the encounter.

I am keen to create a pathway which defines loosely how a structure might work as an analogy of this conversational dialogue taking place between two parties.  I know that, in some way, I want to literally, depict the space “Between You and Me”

I think settling on the practicalities, restrictions in creating the construction and building in room for possible changes of direction as a result of these trials will be fundamental in setting the ball rolling.  These are particular aspects I will be asking AL in my Tutorial on Tuesday. 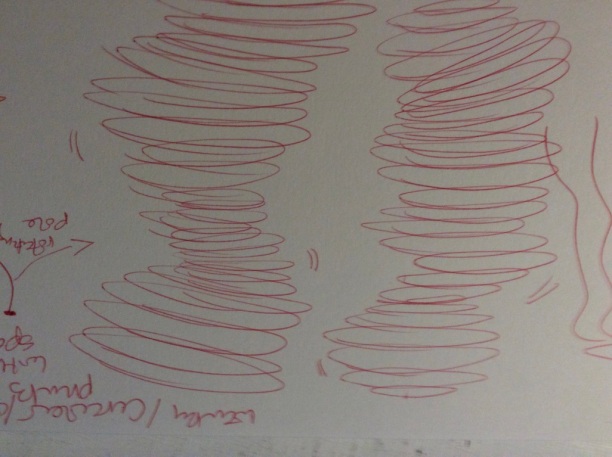 The qualitites I want in the paper are important and I think will play a key role. I did like the ephemeral feel of the dissasembly piece though and the use of canvass in The Third Man pieces was too heavy. Below on the right are some test papers and a comparrison to the qualitites in Dissasembly ii. 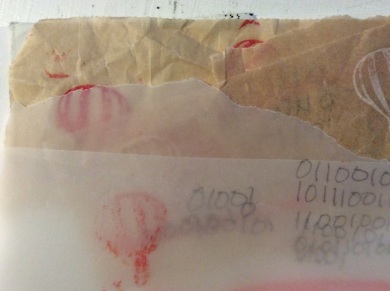 I have constructed a couple of maquettes for discussion.